How My Family Started “The Talk” with Me About Assisted Living

Mary Ann has always been independent. Her husband passed away years ago. “I had to learn to live and take care of myself and the house and my animals,” says the 86-year-old. But her niece and nephews were worried.

Hanging Out at Home

Mary Ann was living in the house she used to share with her husband in the village of Rockville, Connecticut. Her nearby family — niece Christy and nephew Ben — would come over for lunch and help her with the flower gardens.

“They work, so it’s kind of tough to get together a lot, but we got together quite a bit,” Mary Ann says. “Especially Christy and I. She’s more like a daughter to me.”

One day, Mary Ann fell at home. “Since then, Christy was just worrying day and night,” Mary Ann says. “Christy and Ben were very, very worried about me living alone.”

Mary Ann didn’t want to leave her home, so she and Christy started looking into options for in-home care. They found nearby home care services; however, Christy didn’t want her aunt to be home alone overnight. They discovered that home care costs about as much as assisted living — and Mary Ann would still have to do the cooking and cleaning.

“Ben thought I should not have as much to do because there’s a lot you have to do when you have your own house,” Mary Ann says.

Ben brought up the topic of assisted living. He had been researching assisted living communities in the area because they would offer his aunt the opportunity to enjoy a fine dining experience every day of the week, a break from the burdens of home maintenance and yard work, and a strong social environment and support network.

Once he narrowed down the list of options to The Ivy at Ellington, Christy and Mary Ann went on a tour.

“It’s classy compared to most,” Mary Ann says. “And everybody is so kind and nice to me. I appreciate that.”

She wasn’t thrilled about leaving her home, but she could see the toll caregiving was taking on Christy. “I finally gave up and said OK,” Mary Ann says.

Adjusting to The Ivy at Ellington

For Mary Ann, the key to adjusting to assisted living has been getting involved in the activities. Activities Director Lorelei Dubowski plans everything from Manicures & Music to Sunsets & Spirits and makes it easy for new residents to get to know one another.

Mary Ann also enjoys walking outside around the community — “I pride myself on being able to go out all around and around and around,” she says — and talking with her new friends. “We sit around the in the pub sometimes just chatting away,” she says. “A new man came yesterday. He told us all about his life in the Army. He is quite an interesting man.”

Although Mary Ann misses certain things about her home, there are a few things she definitely doesn’t miss: “I’m very glad that I don’t have to cook dinner anymore and I don’t have to clean the house anymore. When you’re all alone, you neglect things.”

She’s starting to see how making the move sooner rather than later benefits her, too.

“In my situation, it’s good because I’m still in good enough shape so I can do everything that’s going on around here. I think now is probably the time to do it and get used to it. I think in the long run it will be better for me.”

It’s better for Christy, too. “Christy has a life of her own now,” Mary Ann says. “She’s been able to do things that she had to put aside.”

If you’re feeling the stress of caregiving and want to explore how assisted living can help you and your family, schedule a tour of The Ivy at Ellington today.

Topics: Family Resources, About The Ivy at Ellington 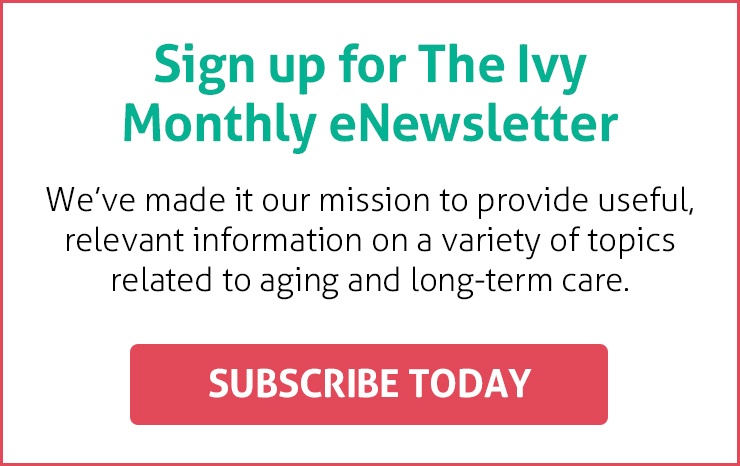 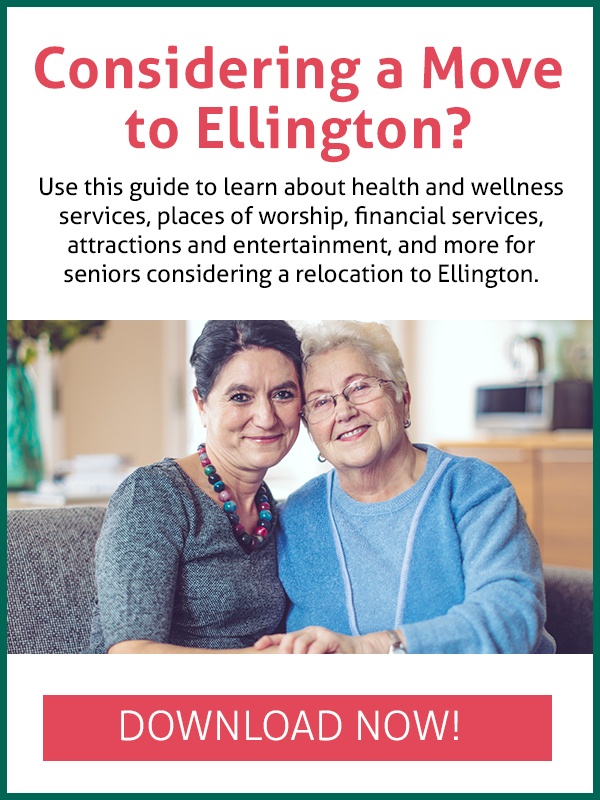 Our New Norm; A Letter to Our Arbors & Ivy Families

Veteran to Veteran: An Open Letter From Our CMO, Sondra Jones